How is Flutter 2 Better than Flutter 1

There is a piece of good news for developers because the open-source UI software toolkit Flutter is finally coming. Using a single codebase of flutter app development services, one can effortlessly design some of the best web, desktop, and mobile applications. With upgrades and enhancements in the new generation of Flutter, Google released it in March 2021. According to developers, Flutter 2 will be everything that the earlier version of Flutter lacked.

Flutter can help you run compiled applications with a portable UI toolkit to test them before you finally release them for the public. With Flutter, developers can speed up the whole development process to earn more while cutting down the development cost. It is like a canvas for app designers to transform their ideas into reality and deliver what they promised.

The first version of Flutter had already won the hearts of the flutter app development agency, but the latest release takes the game to a whole new level. Developers can write code in Android, iOS, macOS, and Windows operating systems and collaborate later to share the work.

It reduces the time to develop and code the app, market it, and check it on the rendering engine. Based on the latest Flutter vs react native google trends, everything is going in favor of Flutter. Many development companies are moving to Flutter 2 from their existing development app to increase their productivity.

Below are some of the most common issues developers face when build app with Flutter.

When working in Flutter, localization was one of the biggest challenges faced by most developers. You can learn about the locale of a given device effortlessly. But there is no process in Flutter 1 to handle the resource, and community-JSON files come to the rescue in such cases where there is no other option left. To deal with localization issues in online flutter development or eliminate them, Flutter 2 is your best chance.

Flutter 1 lacked some libraries which were crucial for working with Bluetooth, and no matter how you search for a library, you will face some issues in the end. Some developers also end up choosing the wrong 3rd party libraries.

How to Develop a Private Jet Booking App? – Complete Guide

When it was first released, Flutter 1 was way ahead of its time, but things started to go wrong as time went on and developers reported a lack of features. However, with Flutter 2, you can enjoy these benefits and more features under the same roof.

Developers write the code of a flutter mobile app on one device and test it on some other device. This whole transfer of code from one device to another can take a lot of time. Flutter 2 features a complete history sheet so developers can view all the recent changes to the code without worrying about changing the code to cause an error.
With fully customizable ready-made widgets, create as many apps as you want while saving your time and spending it on your new projects. The Hot reload features will show you all the latest changes to the final app, and you can make on-the-go changes to the code.

With better libraries and plugins in its arsenal, Flutter 2 can improve the performance of hybrid apps, which is a dream come true for native app developers.

A Better Time to Market

The compatibility of the latest version of Flutter with a large number of the available operating systems makes it easy for developers to get things done by using the same code on other devices. They can save a lot of their time and create new flutter app to increase their productivity.
The built-in API for the development of the app’s user interface can boost your performance, and you can make all the much-needed visual adjustments to the app at your fingertips.

The Same User Interface For All Platforms

Earlier, cross-platform development was more complex than it looked, as developers could only use the same codebase between two target devices. But with Flutter 2, they can reuse the code as many times as they want, making it a cross-platform framework that meets all your needs.

Flutter mobile app development platform is a once-in-a-lifetime chance for developers to explore as many functionalities as they can with the desktop embedding of Flutter and Flutter for the web. Although the mobile part of the whole Flutter development framework is still under construction, it will be available soon.

Flutter offers features so you can have done more than you can imagine with your ongoing projects compared to other app development platforms. To achieve this, the development platform requires a robust Flutter framework in the form of a high-performance rendering engine that can work on all the platforms.
By using Skia, Flutter 2 can render all the content to a given platform canvas and launch it on any platform. In a nutshell, you don’t have to tweak the user interface of the newly developed anymore to transfer it between platforms, which vastly simplifies the development process.

What are new targets?

Google has taken the demands of the developer community seriously, and now their main target is to make the Flutter 2 available for the following platforms as soon as possible.

Almost all of these targets are achieved, but there is always some room for improvement, especially when competing against some pretty big tech giants.

Differences between Flutter 1 and Flutter 2

Flutter 1 offered some pretty essential web support, but developers had to write new codes for each browser and platform for flutter app development online, which was a time-consuming task.

The web support in the latest version of Flutter features the same experience on both mobile and big screen devices. You can use the same code to develop android and iOS apps while utilizing a powerful platform to its extent.

Flutter 1 had no desktop support, which was again a downside, but there was no other option at that time, so developers had to go with what they had got.

In the latest version of Flutter for app development, developers can access the code on their desktop by switching to the beta channel from the home screen.

Flutter 1 had no widgets at all, making it a pretty much primary development platform.

Flutter 2 features new widgets, including scaffold messenger and autocomplete, which will reduce the developer’s work to some extent to give them a sigh of relief.

With no context menu, flutter web development was a complete disaster as developers had to experience some lag in getting the touch input.

By adding the built-in context menu to Flutter 2, Google enabled developers to use high-precision devices to test their apps for any touch lag and fix it before launching the app in the market. They can select text by tapping on the screen and create as many pivot points as they want.

Sometimes, a flutter app developer faces the issue where the app will crash over and over again. This may not sound a lot, but it had some pretty bad effects on the app’s overall quality.

With Flutter 2, Google launched the latest Sound null safety, and the system is now compatible with differentiating between nullable and non-nullable types of errors. Developers can detect the error at the early stage of development and get rid of them before moving to the next part.

Earlier, mobile developer flutter had to write a different code to make the mobile app work on both Android and iOS operating systems.

With Flutter 2, developers can reuse the same code to develop Android and iOS versions of the same app by making some small changes only.

The Best Way to Third-Party API Integration in Mobile Apps

Dart is a programming language flutter that acts as the direct competitor of some pretty major programming languages, including JavaScript, flexibility, and web compatibility. Flutter 1 served as a benchmark for developers at Google, and they have raised the bar by providing the latest Flutter 2.

Maybe, developers will find some gap in Flutter 2 when they finally move to it and start developing Android and iOS apps on it. But no matter what happens, both Dart and Flutter have the potential to become two of the big names in the app development market.

Flutter 2 will offer excellent compatibility and flexibility to enable developers to go beyond their limits and create some of the most iconic apps. This is the right time to move the Flutter 2 development platform to get ahead of the competition and adopt market trends right on time. 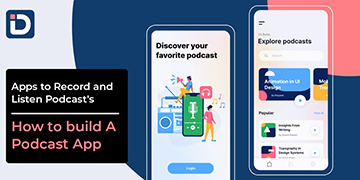 How to build A Podcast App: Apps to Record and Listen Podcast’s 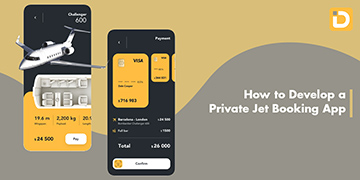 How to Develop a Private Jet Booking App? – Complete Guide

Are you ready for a better, more productive business?

Stop worrying about technology problems. Focus on your business.
Let us provide the support you deserve.